I first met Nigel during my very first IT contract, working for an insurance company in Crawley. I was privileged to work again with Nigel in London. Such a super talent, both technically and also in personality. No matter how busy, Nigel would always have time for you. A real pleasure to work with and to know as a person. Such a sad loss. One of the Insurance IT greats. Take care buddy.
David Lees:
Comment
I was also really shocked and saddened to hear that Nigel had passed away. I worked with Nigel a few years ago and really enjoyed working with him. We got through our working days with good humour despite the pressure we were under. "True Gentleman" fits Nigel perfectly. RIP Nigel.

Richard:
Comment
I worked with Nigel and soon became good friends with him. Our friendship continued and grew when we both left the company. Words fail me trying to think of words to describe one of the kindest most sincere and genuine people I've ever met. No matter how busy he was he would stop what he was doing and greet you with a big smile and only be too glad to help. He gave so much and his smile and laughter would lift the Monday morning gloom. He was exceptional company. I used to so enjoy going to lunch with him as he would have such funny anecdotes and tell them so well. He was a good listener too and give great advice. He was also a very intelligent man, very good at his job but so humble too. This has come as a big shock as I've moved to Ireland and did not know he was sick as I'm not on Facebook. I only thought about Nigel when in a shop a few weeks back and thought I must text him, then I heard this deeply sad news from another friend who seen it on FB. He truly was one of life's good guys and a pleasure to have met and become friends with. I just hope he passed peacefully and did not suffer too much. My deepest and sincere condolences to you Maggie. I'm sure your heart is heavy now but Nigel is looking down with his infectious smile.
Heaven has gained a true gentleman!
May your Soul rest in peace.
John Leonard
John Leonard:
Comment

Left by John Leonard:
Such kindness, calmness, the voice of reason when you needed it. Such a beautiful soul. A gentleman, a gem.
Will be so greatly missed. It was a true privilege to call you our friend.
RIP
Jane & Joey Foster
Jane Foster:
Comment
I have worked with Nigel over a number of years. He was kind, caring and passionate. I remember him describing his photography and the caring for the fish in the back garden as well as his passion for delivering software quality. I will miss him.
Arno:
Comment
I was saddened and shocked to hear the news that Nigel had died. I had worked with him for a long time and had always relied on him to be dedicated, fair and pragmatic in resolving any issues I had. His calm approach to life assisted me when I had problems and discussions with him after work (either in the office or in the pub) always left you feeling that you’d been helped by someone who cared deeply for people.
I never knew him to get angry or rise to the pressure of work by pushing that pressure onto other people and to my belief that is the sign of a great human being.
There is no doubt, that with his life he spread more joy across the people that he interacted with and I’m pleased to have been a friend.
Ian:
Comment
My deepest sympathy he was such a lovely, lovely man, a kind hearted and thoughtful person.

Having had the pleasure of being joined at the Ross’s with Nigel, I was the recipient of his friendship and will miss him greatly. 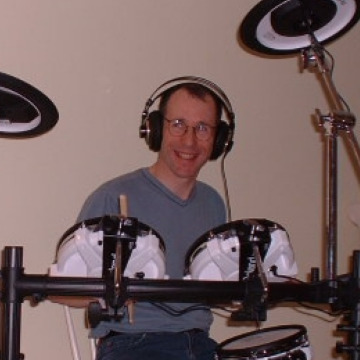 Left by David Booth:
Comment
Nigel was my onshore supervisor when I was working in India. He guided and mentored me over the years to bring out the best in me every time. I tapped into his wealth of knowledge for all issues, professional or personal, and he was always kind enough to lend me an ear. I still remember the days when I used to stay beyond 10pm in the office in India, just to get a few minutes of Nigel's time on the phone once he was off work. He mentored me in such a way that when he resigned in 2015, I was found worthy enough to fill his shoes. I would not have been in the UK today without his support and guidance.

Needless to say, Nigel was an extremely nice person. I arrived in the UK, one week before his last working day with Cognizant. A client came and asked me if I had any 'dirt' on Nigel! They were trying to find something on Nigel (even if it was him dancing alone in the elevator), to pull his leg during his farewell and have a few laughs, but all they got from everyone was 'Nigel is such a wonderful person!'. I couldn't stop laughing and I also told him the same thing :). He was a consummate professional, a gem of a person and held in high regard by everyone.

We last met in Croydon sometime last year for a dinner and pint where I told him of my future career plans. Later when I informed him of my success in securing an admission in a college of higher education in London he was very excited. He always wished the best for others and that was the greatness of the man. It was an honour knowing him and working with him. He will be missed.
Murty:
Comment