Notices are changing daily, keep coming back to look for the latest updates or press 'notify me' on any notice & we'll let you know via email if anything is updated.
Hide
Select your booking type

Largely it will depend on your personal preferences, and the preferences of the person who has passed away.
Traditional Funerals 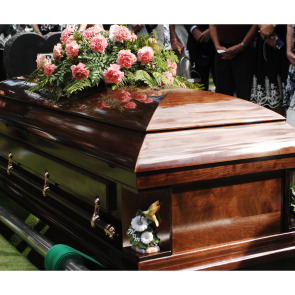 Traditional funerals have a religious undertone, often including religious verses, hymns, prayers and eulogies. They tend to be led by a Vicar, and traditionally take place in Churches, with the burial taking place either in the church grounds or a cemetery nearby.

Religious funerals used to mainly involve burial, however cremation and natural burial are now accepted in some cases.

A wake is usually held after the burial or cremation, where mourners can remember the person who has died, often with refreshments served.

Humanist Funerals
As the number of people who class themselves as non-religious rises, so do the options for non-religious funerals.

Humanist funerals are usually led by a Celebrant, who guides guests through the ceremony in a similar way to a Vicar in a Christian service. In a humanist funeral, the life of the person who has passed away is celebrated without mentioning religion or God.

A humanist funeral can be very flexible - the service can be like a traditional funeral, minus the religion, or something completely different.

For more information, see our blog post on humanist funerals 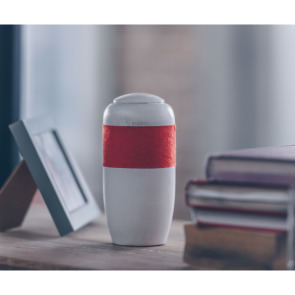 Ashes from the cremation can be scattered or buried in the crematorium's garden of remembrance, or they can be returned to the family of the person who has passed away.

A direct cremation has no visitation or ceremony before the cremation, although a memorial service can be held later. This type of cremation is good for those who don't want the fuss, or are looking for a more cost-effective funeral.

Celebration of Life
A celebration of life ceremony can be similar to a traditional funeral, but instead of mourning the loss of the person who has passed away, their life will be celebrated.

Changes that can be made to a celebration of life are guests wearing bright colours rather than the traditional black, colourful coffins, and uplifting music - it's even possible to have fireworks that hold the ashes of the person who has passed away. 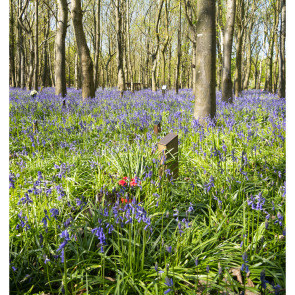 With the rising concern for the environment, green and woodland funerals have become more popular, as they are more environmentally friendly than other methods.

No embalming fluids are used on the body to prevent chemicals seeping into the earth, they are dressed in biodegradable clothes, an eco-friendly coffin or shroud is used, and there is typically no headstone, though sometimes a tree can be planted or a wildlife box placed. Graves tend to be shallower, allowing the body to decompose quicker, and native plants are used.

Green and woodland funerals also tend to be cheaper than paying for a traditional burial. 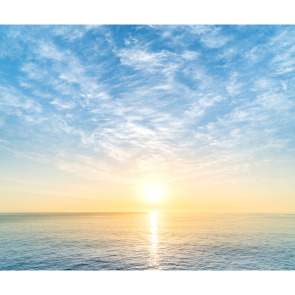 Burial at sea is not a common choice, with only around a dozen people being buried at sea in a year. However, anyone can be buried at sea as long as the person arranging it has a licence and complies with environmental rules.

There are only three designated burial sites in the UK; if you want to bury someone in a different location, you have to apply for this, as the area must be suitable.

Burial at sea is usually done by ship or boat, and the service itself can take place on the boat or on land before or after the burial.

There are a few requirements for burial at sea:
- A certificate of freedom from fever and infection
- A notice of intention to remove the body out of England to a coroner
- A death certificate
- The person who has died cannot be embalmed, and must be dressed in biodegradable clothing
- A coffin suitable for burial at sea must be used

These are the most common types of funerals here in the UK. There's a lot of choice, but hopefully this post will help you to decide on the type of funeral you would want for yourself or your loved one.

Follow Funeral Notices on social media to see when new posts are published.