The obituary notice of HUMPHREY LYTTELTON 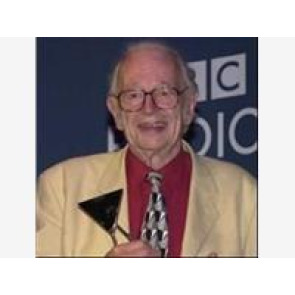 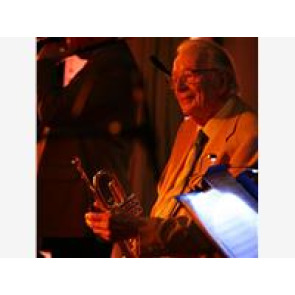 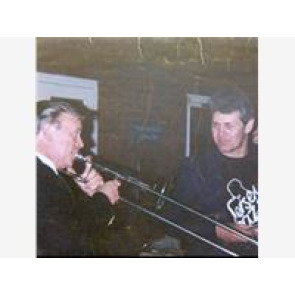 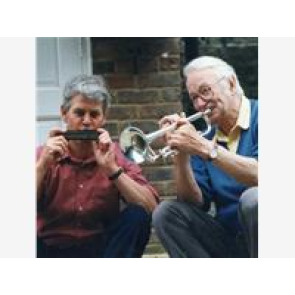 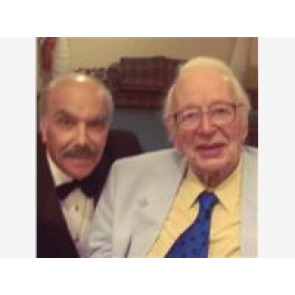 (5) Photos & Videos View all
You can share this
notice with your friends & family
One single share can go further than you think
HUMPHREY LYTTELTONMusician and broadcaster Humphrey Lyttelton, who died on 25 April, 2008, was best known to listeners of Radio 4 for chairing the long-running game show I'm Sorry I Haven't a Clue.The self-styled “antidote to panel games” began in 1972 and was the brainchild of several satirical luminaries who concocted nonsensical games for regulars and guest comedians to take part in under Mr Lyttelton’s faux-reluctant guidance.But despite his natural deadpan delivery, it was his previous career as a celebrated jazz musician that landed him the job – the show’s creators sensed that his ability to play the trumpet freestyle would help him cope with the chaos of the madcap radio show.Humphrey Richard Adeane Lyttelton was born on 23 May, 1921, into an aristocratic family - his grandfather was the Lord Lyttelton, 8th Viscount Cobham - and he was schooled at Eton where his father was a housemaster.He discovered jazz at an early age through the music of Louis Armstrong and Nat Gonella, taught himself trumpet and drums and formed his first combo at the age of 15. He served with the Grenadier Guards during the Second World War and then embarked on a career as a cartoonist.However, by 1949 his jazz calling came to fruition - the Humphrey Lyttelton Band, formed the previous year, quickly became one of Europe's leading exponents of the New Orleans sound and EMI offered them a contract to record a string of sought-after records. His single Bad Penny Blues made British jazz history when it entered the top 20 in 1956.Mr Lyttelton worked with many of the great jazz names of the era and even got to play on the same stage as his hero when Louis Armstrong did a series of London shows. By the start of the '60s his band had toured America and expanded their repertoire to include blues and pop numbers, angering some traditionalist fans but providing more mainstream appeal.In 1967 he began hosting The Best of Jazz, a weekly Radio 2 show that would be his for the next 40 years. Nevertheless, he was something of an unlikely choice when I'm Sorry, I'll Read That Again stars Tim Brooke-Taylor and Graeme Garden decided that an unscripted show would be a welcome relief from writing their chaotic comedy show, but their vision of a comedy equivalent of jazz earned him the seat. At first he shared hosting duties with Barry Cryer but after the first series he was given the role permanently with Cryer moving onto the panel.Throughout his reign on I'm Sorry I Haven't a Clue, Mr Lyttelton (with help from "the lovely Samantha" who kept the non-existent scores) instigated and oversaw with feigned distaste a variety of bizarre rounds, including singing one song to the tune of another, composing improvised verse, reading scripts in an incongruous accent and, most famously, the game of wits with no rules, Mornington Crescent.'Humph', as he came to be known, was distinctive for his dry and scornful tone. The scripts were written for him, but when he deviated he would usually bring the house down."They're like big concerts, recorded in very big theatres," he once said of the taping of I'm Sorry I Haven't a Clue episodes. "It's hard to get tickets. Sometimes I can't get in."He was rewarded with a Sony Gold Award for services to broadcasing in 1993 amd a lifetime achievement award in the Post Office British Jazz Awards in 2000, followed a year later by a similar accolade from the BBC Jazz Awards.The BBC announced on 25 April that he had died peacefully aged 86 with his family by his bedside. He had been admitted into hospital earlier in the week for surgery to repair an aortic aneurysm. His illness had already seen the new series of I'm Sorry I Haven't a Clue cancelled.Mark Damazer, controller of Radio 4, paid tribute to Mr Lyttelton: "He was just a colossally good broadcaster and possessed of this fantastic sense of timing. It's a very, very sad day but we should celebrate and be very grateful for how much he did because he really was one of the giants over the last 40 years, really terrific."
Notify me with new activity on this notice
Enter your email address to recieve a notification for any new activity on this notice.
Register today to set up custom notification and save notice's that are important to you.
Just notify me
Register too
Are you sure you want to turn off notifications on this notice?
Stop notifications
Keep me notified
3135 visitors. Published: 26/04/2008
Add additional content to this notice
Memorable stories and life events
You can share this
notice with your friends & family
One single share can go further than you think
Tributes left for

Humph's late trombonist/ arranger Pete Strange and me in 1998.
Left by Barry Watson:

Left by isihac fan:
Ian Bruce:It was of the sadist news to hear of the death of Veter...17/01/2009
Peter Hole:Humph really should have carried a health warning! He ne...13/12/2008
Place Tribute
See all tributes
Leave a tribute for
Message
Photo
Candle
Finish
Register today to set up custom notification and save notice's that are important to you.
Just leave tribute
Register for free
Change notice background image
Tributes left for
Report a tribute
Leave your own tribute
Leave Tribute

It was of the sadist news to hear of the death of Veteran jazz musician and radio host Humphrey Lyttelton A jazz player up there with the best of them Duke Ellington, Louis Armstrong, Count Basie,
But not just as a musician but as a band leader as well.
And as Barry Cryer has pointed out . His timing was like a razorblade and some times all it took was just one word or just even silence and then a sigh of misplaced pain.
I do hope his passing wont end I'm Sorry I Haven’t a Clue after all what a better way as a Tribute for a great entertainer say with Stephen Fry in the chair. I know that Humph has set the standard so let him look down on the BBC and he can see that the up and coming comedy talent has taking up the challenge to keep that deadpan stewardship at the forefront of British comedy No need four letter words to get his point across The world is a somewhat less amusing place today but up at the golden gates the place just got a whole lot better that Humph,- Willie are now in charge

Humph really should have carried a health warning! He nearly cost me my life or serious injury when some years ago, I was driving home one day when he opened his Radio 4 programme with, and I can't remember his exact words ''Did you know that back in 1066 Nottingham used to be called 'Snottingham' and the people were known as Snots. However, the French found it hard to say words beginning with 'SN' so they dropped the 'S' and it became 'Nottingham'; the people becoming 'Notts'. This immediately caused great alarm to the people of Scunthorp!!! I laughed so much I nearly lost control of my car! I was going round a roundabout at the time! Dear old Humph, only he could get away with that sort of thing on an early evening family show. A legend, both as a jazz musician and an entertainer. Absolutely irreplaceable. God bless you Humph and keep on blowing that celestial trumpet! Pete Hole, Curbridge, Hampshire.