The obituary notice of JULIE EGE 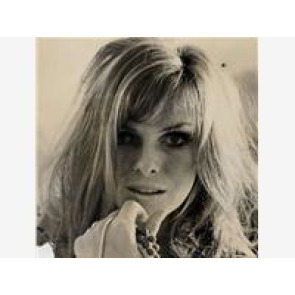 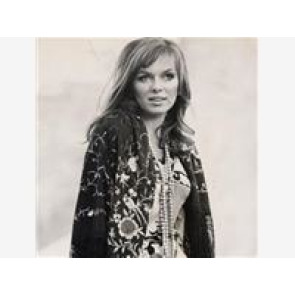 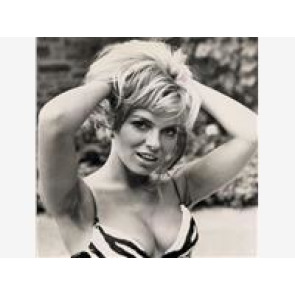 (3) Photos & Videos View all
You can share this
notice with your friends & family
One single share can go further than you think
JULIE EGEJulie Ege, who died on 29 April, 2008, was a Norwegian actress and model who was one of the most seductive sex symbols of the early 1970s.The curvaceous blonde’s striking looks saw her rival Britt Ekland as Britain’s favourite Scandinavian poster icon and like Ekland she achieved cult immortality when she was a Bond Girl in On Her Majesty’s Secret Service.Her career encompassed several saucy British comedies and a string of Hammer Horrors that took advantage of the former Miss Norway’s figure to titillate audiences. She gave up acting in 1975 and eventually became a nurse.The same audiences would have been surprised to learn that young Julie – who was born on 12 November, 1943, in Sandnes, a small town in the south-west of Norway – was something of a tomboy.Yet in her teens she became captivated by the stars of the cinema and began to exploit her emerging allure with ambitions of following in their footsteps. She started modelling at 15 and found she was in constant demand for adverts.She was briefly married to a major in the Norwegian army with whom she moved to Oslo. At 18 she won the Miss Norway competition and took part in the Miss Universe pageant the following year. Shortly afterwards she undertook a degree in history and English at the University of Oslo and also spent time au pairing to improve her language skills.She made her acting debut in 1967, playing a German masseuse in Stompa til Sjøs ("The Sky and the Ocean") and appearing in an un-credited role in British crime film Robbery (1967).But it was her nude photo shoot for Penthouse magazine (carried out with the encouragement of her second husband, an English dentist) that first caught the attention ofAlbert R Broccoli. She was hired, naturally, as the ‘Scandinavian Girl’ in the menagerie of international beauties Bond (George Lazenby) encounters in at a clinic Blofeld is using for sinister purposes.Her next film role provided her first leading role, conveniently playing a Scandinavian au pair in Every Home Should Have One (1970), a camp British comedy about an under-pressure advertising executive.Marty Feldmanand Judy Cornwell were supposed to be the stars, but it was photographs of Ms Ege that accompanied the reviews.In 1971 two parallels path of her career were forged. InFrankie Howerd’sfilm version of Up Pompeii she played a Voluptua, a sophisticated temptress who was either immune or naïve to the smut being bandied about around her. Meanwhile, in Creatures the World Forgot, she was the leading ‘cave girl’ in a salacious prehistoric horror romp. But be it Roman chic or prehistoric fur, the appeal of both films lay in Ms Ege’s skimpy outfits.Over the next five years she would split her time working in Britain between overt sexual antics of comedies like Rentadick (1972) and Not Now Darling (1973) and the covert sexual undertones of horror films such as The Mutations and Legend of the 7 Golden Vampires (both 1974).By 1975, 32-year-old Julie’s film career was over. She had a couple of parts on Norwegian television and a brief foray into pop music before taking up photography. She then trained as a nurse and worked in a care home.In the last decade she was surprised at a revival of interest in her films, with the Pierce Brosnan Bond films prompting several celebrations of the Bond Girls, Hammer Horror reunions calling her back to England and an ironic re-examination of the corny comedies of the 1960s and ’70s. In 2002 she published an autobiography called Naken ("Naked")."To be honest, I was never really that proud of my performance in films," she once said of her movie career. "But I gave it my best and enjoyed the work very much."Towards the end of her life she was diagnosed with both breast and lung cancer, but continued to work. She was survived by two daughters.
Notify me with new activity on this notice
Enter your email address to recieve a notification for any new activity on this notice.
Register today to set up custom notification and save notice's that are important to you.
Just notify me
Register too
Are you sure you want to turn off notifications on this notice?
Stop notifications
Keep me notified
1916 visitors. Published: 07/05/2008
Add additional content to this notice
Memorable stories and life events
You can share this
notice with your friends & family
One single share can go further than you think
Tributes left for

Julie Ege
Left by funeral-notices.co.uk:
Derek Lee:I met Julie Ege just once in 1974, that was when I was ...15/05/2008
Place Tribute
See all tributes
Leave a tribute for
Message
Photo
Candle
Finish
Register today to set up custom notification and save notice's that are important to you.
Just leave tribute
Register for free
Change notice background image
Tributes left for
Report a tribute
Leave your own tribute
Leave Tribute

I met Julie Ege just once in 1974, that was when I was dressed up in all the regalia of a 'Golden Vampire' complete with kimono, samauri sword, crepe hair wig and most important a golden mask. A colleague and I has been asked to think of a method of promoting the film 'Legend of the Seven Golden Vampires' and we came up with the idea of distributing small boxes of glittering 'Vampire Dust' at a number of country wide Midnigh Matinees, the boxes carried instuctions not to mix boxes otherwise all hell woud be let loose. We became part of the promotion by dressing up as Golden Vampires to distribute the boxes after each perfomance. We were also to parade up and down outside the Odeon Leicester Square for the premier of the film and escort Julie Ege and Peter Cushing, stars of the film, to their seats in the circle. I was fortunate in escorting Julie and she said,"can you see in that mask", "no" I replied because my spectacles are steaming up. "take my hand and I will guide you" she said. I will always treasure that memory.