While you enjoy our new look and all the great new features, rest assured that we haven’t changed any of the 4.7 million notices or our usual outstanding levels of service.
Hide
Select your booking type
General Public Funeral Directors
Additional online benefits to placing a notice for your loved one

The obituary notice of George GANDY 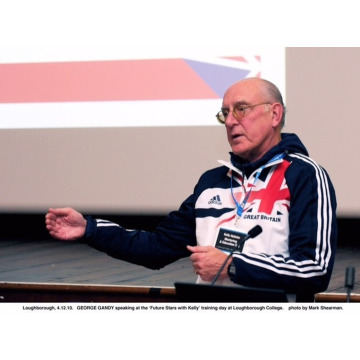 GeorgeGANDYPassed away peacefully October 8th 2020 aged 80 years. He will be deeply and sadly missed by all his family and friends.
Notify me with new activity on this notice
Enter your email address to recieve a notification for any new activity on this notice.
Register today to set up custom notification and save notice's that are important to you.
Just notify me
Register too
Are you sure you want to turn off notifications on this notice?
Stop notifications
Keep me notified
763 visitors. Published: 20/10/2020
Add additional content to this notice
Memorable stories and life events
Donate in memory of
George
Donate Now
You can share George's
notice with your friends & family
One single share can go further than you think
Tributes left for George
James Todd:" Ask not for whom the bell tolls,it tolls for thee" Don...20/11/2020
Dave Miles:George gave so much to so many people in so many differe...08/11/2020
Steve Mitchell:I cannot begin to count the endless hours George gave up for...31/10/2020

Left by Steve Mitchell:
Carole Williamson :George spent many hours and so much of his time, giving help, gu...22/10/2020

Left by funeral-notices.co.uk:
Place Tribute
See all tributes
Leave a tribute for George
Message
Photo
Candle
Finish
Register today to set up custom notification and save notice's that are important to you.
Just leave tribute
Register for free
Change notice background image
Tributes left for George
Report a tribute
Leave your own tribute
Leave Tribute
" Ask not for whom the bell tolls,it tolls for thee"
Donne's words seem especially appropriate as George Gandy's death will diminish,in some way,everyone who knew him.
George was a very knowledgeable and charismatic athletics coach,he really was.As well as flair,he had boundless enthusiasm for his sport.
George was also a real "character" who was not afraid to be controversial.He was also an accomplished writer.I enjoyed reading his articles and letters in Athletics Weekly magazine.
"Go West Young Man" was an article that George wrote about the experiences of one of his athletes,Ian Whittle at Western Kentucky (where he had an athletics scholarship) turned out to be a scathing attack on the way in which his athlete had been ruthlessly exploited by the Western Kentucky coaches who expected him to run two or three events per meeting.
George also rallied to the defence of Loughborough Colleges (in a letter to Athletics Weekly in 1973) whose athletes had won the National Junior Cross Country title.They were criticised by another club which felt that College and University teams should be excluded from the "National".George pointed out,wryly,that the College teams were welcome to compete in the Championships - unless they won.
George Gandy was undoubtedly "a man of many parts" an athlete,a quite exceptional athletics coach,a writer,a very knowledgeable and accomplished lecturer and,above all, a very kind and caring person.He was interested in all his athletes - not just the star performers.
James Todd:
Comment
George gave so much to so many people in so many different ways. We will all miss you George.
Dave Miles
Dave Miles:
Comment
I cannot begin to count the endless hours George gave up for me standing at a track or in in Bradgate Park, sometimes in cold wet winter weather standing, watching, timing laps or hill reps. He gave so much of his time to others. I will forever be in your debt. Thank you George.
Steve Mitchell
Steve Mitchell:
Comment

Left by Steve Mitchell:
George spent many hours and so much of his time, giving help, guidance and such valuable coaching to both Jamie and Graham. We will always remember him fondly and will always continue to use his advice.
RIP George, you have given to everyone and will be remembered fondly by everyone.
With much love Carole, Graham, Jamie and Matthew Williamson xx
Carole Williamson :
Comment