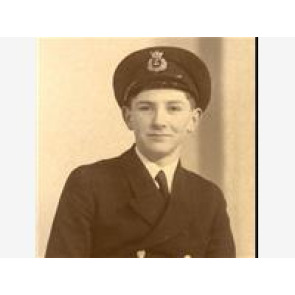 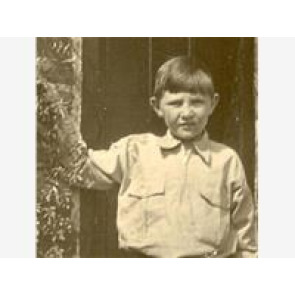 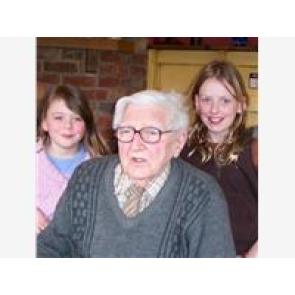 Alexander MartinMCNERNEYMcNERNEY (Alexander Martin) Formerly of Green Close, Stone, Staffs, and since Christmas 2007 of Burnfoot Nursing Home, Ecclefechan, Near Lockerbie, died on June 5th, 2008 at Dumfries Royal Infirmary aged 83 year. Following a major stroke at Stone, in September 2007 and being a bachelor with no nearby relatives to care for him, he was brought to Burnfoot Nursing Home, Ecclefechan, nr Lockerbie in September 2007 by nephew Ian Aitken-Kemp and his wife Annette. The funeral took place on June 20th at Crathie, by Ballater, Aberdeenshire with Crathie & Braemar Minister, and Chaplain to the Queen, the Rev. Kenneth Mackenzie, conducting the service at Crathie Kirk. The coffin was draped with the Red Ensign flag, and bore Alexander's service medals, as well as an Anchor wreath from his elder sister Ann-Louisa, unable to attend due to infirmity from her Bridgwater Nursing Home. The eulogy was given by his great niece, Samantha Aitken-Childs, who explained his childhood connections with Crathie. She said 'In Aberdeen in 1940 my great uncle at the tender age of 15, achieved the distinction of being the youngest ever candidate to gain a 'Certificate of Proficiency in Radiotelegraphy',. Just 19 days later, still 15, he joined the Merchant Navy, signing onto the tanker 'SS Varand' and was plunged into wartime Convoy duties which were to take him all over the world. His service to his country didn't end when he left the Merchant Navy in 1950 but continued with GCHQ at Bletchley Park and then Cheadle right through to his retirement in 1989' He was, she said, 'a man of generosity and a man whose word was his bond' In retirement he vigorously pursued his twin interests of Family History and Rambling, travelling extensively both within the UK and overseas. Following the service in Crathie Kirk, and to the skirl of the bagpipes and the tune 'Scottish Soldier', the cortege with Ken Mackenzie and Pipe Major Ian Smith MBE leading, proceeded to nearby Crathie Cemetery where committal prayers were conducted by Ken Mackenzie and Pipe Major Smith MBE closed with 'Amazing Grace' Family mourners: Ann Matthews (niece - also representing Ann Aitken, sister), Dorothy Yager (sister - also representing Kathleen Shipley, sister) Ian & Annette Aitken-Kemp, Albert Aitken, Phillip Aitken (nephews) Samantha Aitken-Childs (gt. niece) and daughters Sally and Rosie Aitken-Childs James and Shiela Adam, Ronnie and Jane Adam (cousins) Walter and Mary McGlasson Ed Bushnell. The following are also thanked for their professionalism, support and consideration - Staff at Burnfoot Nursing Home, Ecclefechan; The Rev. Ken Mackenzie, Minister Crathie & Braemar Parish; Ed Bushnell, Session Clerk -Crathie Kirk; Graham & Carolyn Mundell, Annandale Funeral Directors, Lochmaben; Management and staff at the Inver Inn, Crathie.
Notify me with new activity on this notice
Enter your email address to recieve a notification for any new activity on this notice.
Register today to set up custom notification and save notice's that are important to you.
Just notify me
Register too
Are you sure you want to turn off notifications on this notice?
Stop notifications
Keep me notified
1187 visitors. Published: 25/06/2008
Want to celebrate a loved one's life?
Create your own everlasting tribute today
You can share Alexander's
notice with your friends & family
One single share can go further than you think
5 Tributes left for Alexander

1932 - The innocence of childhood!
Left by Ian Aitken-Kemp:

Left by Steve Kelly:
Place Tribute
See all tributes
Leave a tribute for Alexander
Message
Photo
Candle
Finish
Register today to set up custom notification and save notice's that are important to you.
Just leave tribute
Register for free
Change notice background image
5 Tributes left for Alexander
Report a tribute
Leave your own tribute
Leave Tribute

1932 - The innocence of childhood!
Left by Ian Aitken-Kemp:
Comment

Hi, Just to let you know that i have done what was your home for 50 plus years (Green Close) up great and its a shame i never got to meet you.

Me and my girlfiend Amy have had some crazy dreams about german soldiers etc.. since living here but all good!!

Left by Steve Kelly:
Search for another notice
Search here