In Memoriam for Gary SHARP 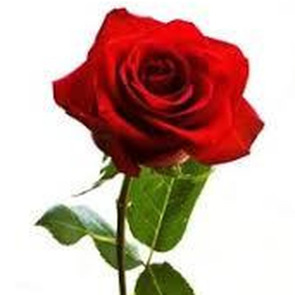 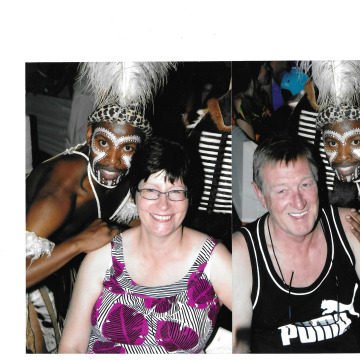 GarySHARP(Formerly of Hamilton) Passed away peacefully at home in Carluke on 15th September 2016, aged 63. Till we meet again. Your loving partner Tricia.
Notify me with new activity on this notice
Enter your email address to recieve a notification for any new activity on this notice.
Register today to set up custom notification and save notice's that are important to you.
Just notify me
Register too
Are you sure you want to turn off notifications on this notice?
Stop notifications
Keep me notified
4872 visitors. Published: 12/09/2019
You can share Gary's
notice with your friends & family
One single share can go further than you think
135 Tributes left for Gary

Left by Patricia McCann:
When Gary passed away on the 16th September. My family and friends were there to help me through this difficult time. Looking back on events I was 'numb' with grief. In addition, I had never arranged a funeral before, so you can imagine the relief I felt when my family and Gary and I's friends were there for guidance, advice and support. Gary being the father of 3 sons, loved, and supported them throughout their lives, as a mark of respect for Gary I invited his 3 sons too my home to also be involved in the plans for Gary's funeral. Gary's funeral took place on Tuesday 20th September, at Kirkton Church, in Carluke. The service was conducted by the Revern Susan Cowell. Gary's youngest son read out a short eulogy. The funeral procession then proceeded to Holytown Crematorium. It was here that I read out my eulogy for Gary.

There was a collection for MacMillan Nurse Cancer Support at Kirkton Church. £800 pounds was collected.

Following Gary's cremation his ashes were returned to me to arrange for them to be interred in Bent Cemetery Hamilton.

Tricia Gary's loving partner.
Patricia McCann:
Comment
On the morning of the 15th September 2016, when Gary passed away, I telephoned our closest friends, who arrived at our home like a shot. I do not know how I could have copped without them that morning. They were there when I needed them. I was distraught when Gary passed and the only couple that Gary and I had known for the past 17 years, arrived at our house. I was at a loss, heartbroken and numb, as to Gary's passing. I am glad that Gary and I had such good friends that would guide me through his funeral. Somehow I know Gary knew that .

Tricia Gary's loving partner.
Patricia McCann:
Comment
Thursday 15th September 2016 Gary passed away peacefully at home. I lay beside him and said my goodbyes before the funeral undertakers arrived. Gary looked so peaceful, he looked as if he was just asleep. My heart was broken but in a way I was glad that he got his wish and passed away at home with me by his side. 5 years have now passed and there has never been a day that's went by that I have not thought about him and wished he was by my side. I visited his grave today and laid a lovely display of fresh flowers.

Left by Patricia McCann:
Wednesday 14th September 2016. I brought Gary home. He was so breathless he could hardly speak. He had a chat with my sister and was pleased to see her. My sister was going through to Glasgow that evening to visit her friends. Gary said to her not too worry he would see her tomorrow. That night I would message Gary's back as I had always done in the past. He would state, as he had done so when he became ill "I have my own private nurse" He began to informe me that he was worried about me, how I would manage after he was gone. I always changed the subject and would say "Your not getting away from me that easily". Out of the blue Gary stated to me "My sons will look after you". Around 10.30 pm Gary stated he was tired and was going to bed. I stated I would join him shortly. I sat up a little later that night. I too was tired and exhausted. I sat on my own reflecting back on the past 4 weeks and what has occurred. Before I retired to bed I prayed to my god, I knew Gary was nearing the end of his life and no cure was forthcoming. I eventually went to bed at 01.30am trying my best not to disturb Gary as he was sleeping. I fell asleep.

Tricia Gary's loving partner.
Patricia McCann:
Comment
My sister came over from Ireland on Tuesday 13th September. She stayed with me that night. She knew I was brining Gary home on the 14th. I informed my sister that Gary was coming home for End f Life Care. My sister is a qualified nurse, the same as I am. Over my long career as a nurse I have nursed and supported families in the same situation as I had found myself in. That night I discussed all the plans I had when Gary comes home. I discussed with my sister that I will probably need a hospital bed, things like a Just in Case Box, and eventually a syringe pump driver. I would also need to get the local district nurses involved to support me in keeping Gary at home. Looking back at that point in time my only aim was to bring Gary home as he had wished and support him to remain at home till the end. My sister was a great source of support and that night we went to bed. I could not wait till the 14th September to bring Gary home.

Tricia Gary's loving partner.
Patricia McCann:
Comment
Since the day Gary came home feeling unwell, (12th August 2016). I kept in constant contact with my daughter and 2 sisters, giving them an update on Gary's condition. As time went by and especially when I informed my daughter and sisters that Gary was coming home, for End of Life Care, I felt so supported when my daughter informed me that when Gary comes home, she had spoken to her manager and informed him that she would need time off work to help me nurse Gary at home. I was so proud of her, she had a good relationship with Gary and was worrying about her mum. In addition, My sister and brother in-law who lived in Ireland were coming over to offer me support. They knew the heartbreak I was under. Tricia Gary's loving partner.
Patricia McCann:
Comment
On Monday the 12th September 2016, Gary's pain relief medication had been changed a couple of time's since his admission. When I visited If Gary was tired I would sit quietly and read a book. Other times when he felt better we would sit and discuss various things. (even though I could see he was deteriorating day by day before my eyes) I remained positive in front of him. I was still able to make him laugh. Gary asked me to take him home. I informed Gary I would bring him home, that was the one thing Gary made me promise to do, bring him home. I had an appointment with the Consultant the following day, Tuesday 13th September to ask certain questions around Gary's care and any treatment plan. I kept this appointment with the consultant, as Gary did not feel well that day, I met with the consultant in the ward staff room. Prior to this meeting Gary again stated to me he wanted to be discharged home. I reassured Gary that as his pain was under control and if there is no planned treatment or lung biopsy appointment I would bring him home. I made out a list of questions to ask the Consultant as I was becoming distraught about Gary's condition and I did not wish to forget anything I intended to ask. I asked various questions about Gary's Cancer, prognosis and any treatment plans. Alas I was informed that they still wanted Gary to have a lung biopsy and he would have to wait for another appointment. I could not help myself but I got upset. I then asked if whilst waiting for an appointment for a lung scan, could Gary be discharge home as that was his wish. The Consultant agreed and stated Gary could be discharged home on the Wednesday 14th September. The Consultant thus Informed Gary he would arrange for his discharge the next day. When visiting time was finished, he stated to me "come as soon as you can tomorrow" I kissed him and stated I will. I went home that night and broke my heart.

Tricia Gary's Loving Partner. XXX
Patricia McCann:
Comment
I vistied Gary's grave today. I brought Patsy our dog with me. She was very good, she lay beside the grave whilst I cut the grass on the grave, laid a fresh bunch of flowers and had a little chat with Gary. Such as, letting him know how I am keeping, letting him know I am still working away and our friends in Carluke are all keeping well. Most importantly of all I let him know that he is never far from my thoughts and even though it will be 5 years ago next Wednesday that he passed away at home, I miss and love him. There are times I still expect him to walk in the door. As Gary's plot is not far from his parents plot I always visit their grave and ask them to look after Gary as I know he is reunited with them.