The obituary notice of Martin TUTTHILL

Penzance, Published in: The Cornishman. 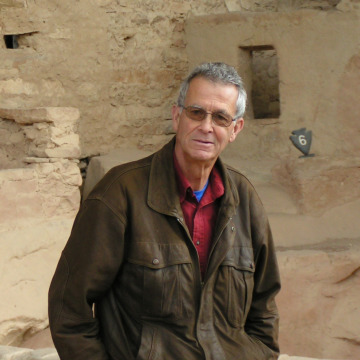 MartinTUTTHILLTUTTS On Monday 8th February 2021, peacefully at Ponsandane Care Home, Martin Charles, aged 77 years of Penzance. Beloved Brother and Uncle and loved by all his family and friends. Martin requested no funeral service and no flowers but his wishes were for donations in his memory to MSF UK (International Medical Humanitarian Organisation) All enquiries and donations may be sent to Burroughs and Kearey Funeral Directors, The Rear of Barwis Terrace, Penzance TR18 2AW Tele. 01736 364062
Notify me with new activity on this notice
Enter your email address to recieve a notification for any new activity on this notice.
Register today to set up custom notification and save notice's that are important to you.
Just notify me
Register too
Are you sure you want to turn off notifications on this notice?
Stop notifications
Keep me notified
993 visitors. Published: 17/02/2021
You can share Martin's
notice with your friends & family
One single share can go further than you think
Tributes left for Martin

Left by Chris Addicoat:
Place Tribute
See all tributes
Leave a tribute for Martin
Message
Photo
Candle
Finish
Register today to set up custom notification and save notice's that are important to you.
Just leave tribute
Register for free
Change notice background image
Tributes left for Martin
Report a tribute
Leave your own tribute
Leave Tribute

Left by John McQuay:
Having known Martin over 60 years, I was saddened by news of his passing on, as was my wife, Janet. I first met him in the summer of 1959 at the Jubilee Pool when I became friends with younger brother, Robert, before starting at Penzance Grammar School. Martin was about 4 school years above me. He once created a zany catchphrase which spread throughout the school!
Amazingly, we were to discover via a chat between parents that we were distant cousins. I remember Martin at the Tutthills’ house in Treassowe Rd when playing with his brother Robert. Martin had an enormous collection of lead soldiers and artillery which were deployed in army games played in the garden. Martin’s family would take me with them on sunny Sundays to their favourite beach, Porth Chapel.
Predictably, Martin left school to train as a soldier in the Army but suffered two bad injuries, one of which caused deafness in one ear. I well recall on the radio also the shocking news that he had fallen when climbing near Land’s End.
Obliged to leave the Army, Martin trained as a teacher and proved to be a lively and popular personality in the classroom, though sometimes implementing a controversial methodology. For nearly two years, I travelled to Camborne with Martin in his car where we were both working at the time. Martin possessed great knowledge and a wide reference library of his own. He had very definite views, sometimes alarmingly so, and would argue his point heatedly. However, his heart was very much in the right place. Being generous and kindhearted, he was ever ready to offer help to anybody without prejudice.
He would visit third world countries which did not figure large in most people’s wishlist as holiday venues. One such was Liberia where he supplied a school with pencils.
Martin once took me up in a glider at Culdrose as a member of the club. He had an indomitable character, surviving cancer some years ago so it was sad to see him grow frailer in recent times. God bless, Martin. RIP
Philip Knight:
Comment

Left by Chris Addicoat:
Search for another notice
Search here