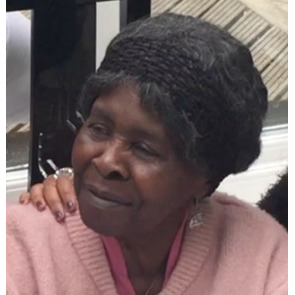 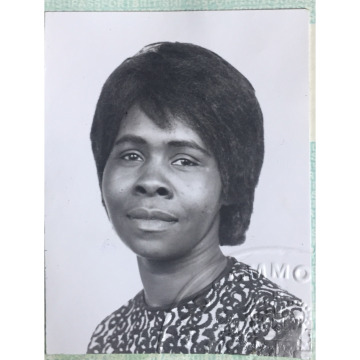 Lessie IonaWILLIAMSON(Nee Duncan) Sunrise: 26th December 1929 - Sunset: 9th March 2019. Lessie Iona Duncan was one of twelve children born to parents James and Edna Duncan, in Hamilton Mountain in the Parish of St Mary, Jamaica. She emigrated to England in the summer of 1956 and was a long-serving and valued employee of British Airways until her retirement, after which she became a much-respected counsellor and proud supporter of the Lifeline suicide line at Premier Christian Radio. She was also a much-loved and active member of St Michaels Church in Grove Park, Chiswick. She was a mother of nine, a grandmother of twenty-two and a great-grandmother of eight, all of whom she cherished and doted on, and was likewise adored. She is survived by seven of her nine children, Pauline, Arlene, Lincoln (D), Raymond, Grace (D), Jaye, Philip, Steve and Glen. The Funeral will take place at Chiswick New Cemetery on Friday, March 29th 2019 at 2.00pm. Floral tributes should be sent to the Funeral Directors W Sherry & Sons, 227 Acton Lane, Acton W4 5DD.
Notify me with new activity on this notice
Enter your email address to recieve a notification for any new activity on this notice.
Register today to set up custom notification and save notice's that are important to you.
Just notify me
Register too
Are you sure you want to turn off notifications on this notice?
Stop notifications
Keep me notified
2525 visitors. Published: 22/03/2019
Add additional content to this notice
Memorable stories and life events
You can share Lessie's
notice with your friends & family
One single share can go further than you think
16 Tributes left for Lessie

Left by Phil & Helle Williamson:
Lola Cummings :Rest in heavenly peace Miss Lessie. It was a privilege to be...24/03/2019
Mercedes Carruthers:Please accept our heartfelt condolences. Our thoughts and prayers...23/03/2019

Left by Ms. Jaye Ella-Ruth. :
Family Hoop in Holland enjoyed the stories from Nubiah about Grandma.

We wish the family great strength and love.

Left by Fausaruth Hoop:
We miss you, Ma, Grandma. We were blessed to have chosen you, and forever enriched by your memory. Loving you forever Phil, Helle, Dominic and Kasper 💜💜💜💜 xxxx
Phil & Helle Williamson:
Comment

Left by Phil & Helle Williamson:
Rest in heavenly peace Miss Lessie. It was a privilege to be in your gentle presence. Olivia and Elise, Lesley and myself are celebrating your victory over death. Lola
Lola Cummings :
Comment
Please accept our heartfelt condolences. Our thoughts and prayers are with you at this time as you celebrate the life and gifts of your loving Mother, Grandmother, Family member and Friend.
With best regards
Dr Patrick and Mrs. Molly Carruthers and Family.
Mercedes Carruthers:
Comment