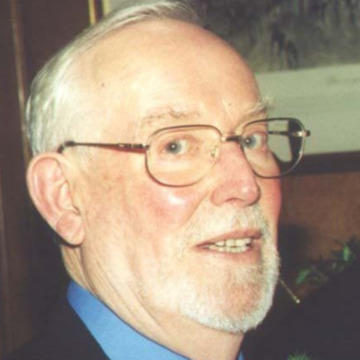 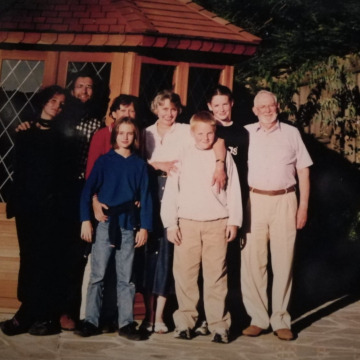 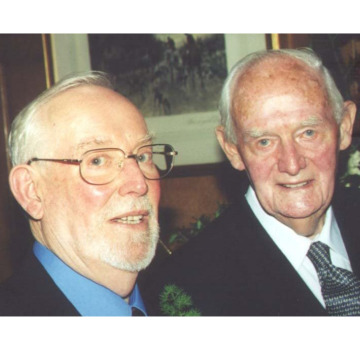 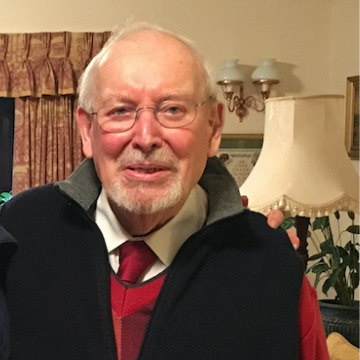 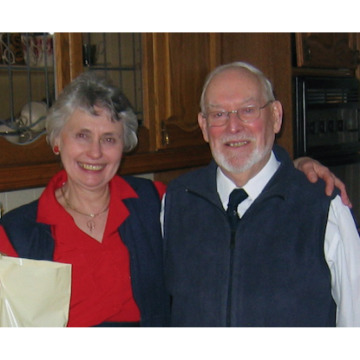 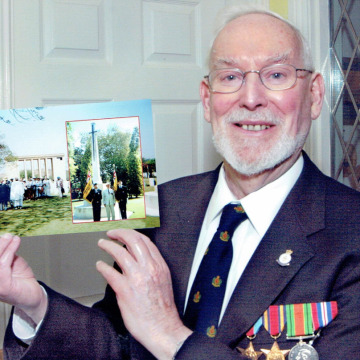 Kenneth JohnWINDSOR O.B.E.Of Bruton, passed away in Yeovil District Hospital on 16th February 2021 aged 95 years. Dearly beloved husband of Maureen and family. Grateful thanks for the exceptional care and kindness received on Ward 7B. Private family funeral due to current Covid-19 restrictions. Donations, if desired, to a charity of your own choice in Ken's memory.
Notify me with new activity on this notice
Enter your email address to recieve a notification for any new activity on this notice.
Register today to set up custom notification and save notice's that are important to you.
Just notify me
Register too
Are you sure you want to turn off notifications on this notice?
Stop notifications
Keep me notified
402 visitors. Published: 18/02/2021
You can share Kenneth's
notice with your friends & family
One single share can go further than you think
Tributes left for Kenneth

Kenneth & Arthur Windsor
Left by Christopher Windsor:
Ian Bezuidenhout:Dearest uncle Ken You will be fondly remembered for the lovin...27/02/2021

Left by Daniella and Mike Windsor:
Michael Windsor:Thanks be to God for all the joy my father brought to both fa...26/02/2021
Maureen:Fond memories of a good friendship.26/02/2021
Derek Smith:Ken was admired for his commitment and tireless work on t...25/02/2021
Place Tribute
See all tributes
Leave a tribute for Kenneth
Message
Photo
Candle
Finish
Register today to set up custom notification and save notice's that are important to you.
Just leave tribute
Register for free
Change notice background image
Tributes left for Kenneth
Report a tribute
Leave your own tribute
Leave Tribute

Left by Sofia:
Comment
Dear Uncle Ken,
We can only be eternally grateful for the warm welcome you have given us during our UK trip to Bruton. The combination of your interesting life stories, lavish high tea and splendid flowers in the conservatory really made our visit unforgettable. Moreover, your yearly Christmas letters have always been very much awaited, as you could see that were written with sincere interest for our lives. You were always up-to-date with what was going on in Venice, and concerned whether the High Water could have caused us any trouble. In every single letter you tried to cram all the events of an entire year, and we felt blessed to be allowed to partake in your life events. Your charity work, military value and good heart will be always remembered.
With love
Toniolo Family (Sofia, Irene, Franco and Valli')
Sofia Toniolo:
Comment

Kenneth & Arthur Windsor
Left by Christopher Windsor:
Comment
Dearest uncle Ken
You will be fondly remembered for the loving, kind and caring person you were. You were such a knowledgeable person on so many topics - from your love of classical music to steam locomotives to aircraft and more (I recall many fascinating discussions regarding your Concorde flight !!). We could approach you for advice, and even if you didn't have the answer at hand, you would do your research and then come up with an answer. During your working life that we were privy to, the legacy you left in Botswana, Malawi,the UK and Bruton simply told the story of the brilliant man you were. In all our visits to you in Malawi, Bromley and Bruton we were treated like VIPs with so much love and hospitality, for which we could only thank you.
You will be sorely missed.
RIP uncle Ken
Ian, Estelle in Pretoria, Charne in Ningbo China and Jacques, Louise and Benjamin in Bristol
Ian Bezuidenhout:
Comment

Left by Daniella and Mike Windsor:
Thanks be to God for all the joy my father brought to both family and friends alike, as witnessed by the other posts here. And also for the love he showed to me, his som Michael.
My own happiest memories of my father are of the all too few times when I was able to share in some of his passions - I love to listen to people share their life stories with me: Railways and aircraft - the railway line that he lived alongside in his latter years, known as the GWR up to 1948 (God's Wonderful Railway to some!). He used to love to cycle as a child to a piece of railway track between the three railway stations that Yeovil then had, and watch the Pannier Tank locomotives (which he called "Matchboxes" from the shape of the water tanks sitting over the boiler) shuttling carriages and goods trucks between the stations. As he grew up, he also took an interest in the local aircraft factory, Westlands, and cycled there, a bit further away, to Yeovilton, so a good cycle ride away. He watched and took an interest in the designs of Teddy Petter, who made the Lysander at that time, and he told me of a rarely seen prototype of that aircraft with a gun turret at the rear which he saw tested.
He was, and is greatly missed.
Michael Windsor:
Comment
Fond memories of a good friendship.
Maureen:
Comment
Ken was admired for his commitment and tireless work on the aid programme, including two overseas postings, and for his friendship. During their devoted life together he had wonderful support from Maureen. They were good friends to anne and me and to many others.

Farewell to a good man and condolences to his family
Derek Smith:
Comment
Search for another notice
Search here