All notices can be shared with family and friends via social media such as Facebook and WhatsApp, at no additional cost.
Hide
Select your booking type

Most Read This Month

Notices this week: 0
Historic Notices: 0
Funeral Directors:
Select a region on
the map to view
notices in your
chosen area

Add tributes of condolence, light candles or add a picture/video to any notice.
Set up custom email alerts to notify you with an email of new death notices that matter to you.
As a member you can save any death notice that is important to you.
Register Today 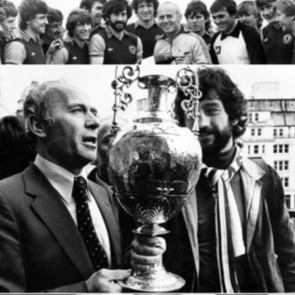 Details of the funeral for Ron Saunders have been released following the death of the former football manager last week.

Saunders, who managed Aston Villa, Birmingham City and West Bromwich Albion during his career, passed away on December 7, aged 87.

The funeral will be held on Thursday, December 19, his family has confirmed on funeral-notices.

To read the notice in full, leave a tribute or donation,
click here: Funeral Notice of Ron Saunders
Would you like to create a
notice for a loved one?
Find out more
Our Philosophy
Announcing the death of a family member has been a time-honoured tradition for families and loved ones, a tradition we believe should continue as life should be celebrated and never forgotten.
There have been many different ways to announce a death, with regional newspapers being the main choice for a long time. Depending on where you live in the UK, you may know them as a ......BMD, Family Announcement, Obituary or Intimation.
Read in full
funeral-notices.co.uk carries more obituary notices than any other media company in the UK, with over 4.7 million historic notices. We are proud to receive more than 1 million visitors each month who interact and leave over 12,500 photos, tributes and candles on our notices.
That's why people turn to funeral-notices.co.uk, making us their first choice.
Providing an excellent service, we have a passionate team, who combined, possess over 300 years of experience in this industry. We put our customers at the forefront of our business and we have made it our aim at funeral-notices.co.uk to provide one place for each and every announcement in the UK. Our site will enable you to search and interact with a decade of notices across the UK, set up custom alerts and get notified about local deaths in your area.
We believe that your announcements should live on with your loved ones memory and that it's important to have a place to reflect and remember long after their passing. Family and friends will be able to enrich the notice with memorable photos and tributes, light candles and share on social media, all completely free of charge. Our aim is to provide a place for the memories of your loved ones to live on forever, a place you can cherish, find comfort in and visit whenever and wherever you wish.
Show less