The obituary notice of David BRICKHILL 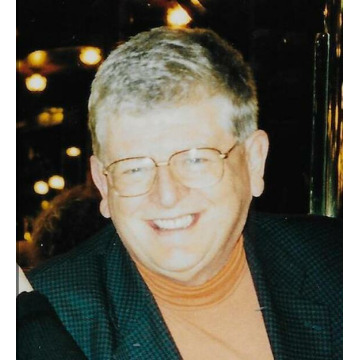 DavidBRICKHILLDavid aged 83 years a former Councillor and current Alderman of the Borough passed away peacefully in the care of staff at Hollymere House Care Home. David is survived by his four children, two stepchildren and their families, and will be sadly missed by his family and friends. Funeral service at Crewe Crematorium Chapel on Friday 25th June at 12.15pm. Attendance by invitation only please due to current restrictions. Family flowers only with donations in lieu to The Douglas Macmillan Hospice and The Fire Fighter's Charity via the funeral director or online at virginmoneygiving.com/MarkBrickhill1. All enquiries to funeral director Steven Linde, Crewe Funeral Services 01270 588980
Notify me with new activity on this notice
Enter your email address to recieve a notification for any new activity on this notice.
Register today to set up custom notification and save notice's that are important to you.
Just notify me
Register too
Are you sure you want to turn off notifications on this notice?
Stop notifications
Keep me notified
1043 visitors. Published: 22/06/2021
Add additional content to this notice
Memorable stories and life events
You can share David's
notice with your friends & family
One single share can go further than you think
3 Tributes left for David
Brian Silvester:" I was greatly saddened to hear of the death of Honorar...23/06/2021

Left by funeral-notices.co.uk:
Place Tribute
See all tributes
Leave a tribute for David
Message
Photo
Candle
Finish
Register today to set up custom notification and save notice's that are important to you.
Just leave tribute
Register for free
Change notice background image
3 Tributes left for David
Report a tribute
Leave your own tribute
Leave Tribute
" I was greatly saddened to hear of the death of Honorary Freeman David Brickhill.
David was a remarkable man, who was an excellent long serving Councillor and a very loyal colleague.
He served with me on the Crewe and Nantwich Borough Council and the Cheshire East Council and we served together on the Cabinets of both Councils.
He also served on Cheshire County Council and as a Parish Councillor.
Altogether he served for over 40 years as a Councillor in Cheshire.
He has numerous achievements to his name in Local Government in Cheshire.
He had a truly exceptional record of service to the people of Cheshire.
In recognition of his tremendous service, David was made a Honorary Alderman and a Honorary Freeman of the Cheshire East Council, a rare double honour.
David was never dull and had forthright opinions about everything.
We didn't always agree but we remained friends and loyal colleagues.
They don't make characters like David any more.
He will be greatly missed.
I would like to express my sincere condolences to his family and friends."
Cllr. Brian Silvester
Cheshire East Honorary Alderman
Brian Silvester:
Comment