The obituary notice of DAVID MITTON 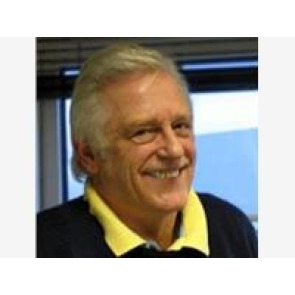 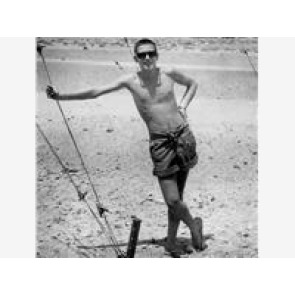 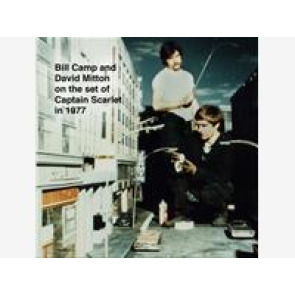 (3) Photos & Videos View all
You can share this
notice with your friends & family
One single share can go further than you think
DAVID MITTONDavid Mitton, whose death at the age of 70 was announced on 28 May, 2008, was a masterful animation and puppetry director best known for producing Thomas the Tank Engine and Friends.
He wrote, directed and even built the models for the television adaptation of the Rev Wilbert Awdry’s Railway Series for nearly 20 years. He and his Clearwater Features partner Robert D Cardona also created TUGS, a similarly themed children’s show about tugboats.
Mr Mitton was born on 13 July, 1938 in Edinburgh. In the 1960s he was a floor technician working on the special effects for Gerry Anderson’s Thunderbirds.
He and Mr Cardona formed Clearwater in the early 1980s and produced the first two series of Thomas together. Mr Mitton continued to write and produce the programme until 2003 when the franchise was taken over by HIT Entertainment, distributors of Bob the Builder.
He made more than 180 episodes of the show, plus the 13 editions of TUGS which was broadcast in 1989 and have since become highly sought-after by children’s television enthusiasts.
The challenge of directing Thomas the Tank Engine came from mixing the stop-motion animation of the train’s faces and human characters with the real-time movement of the trains. This difficulty was compounded on TUGS as most of the action took place on water.
In 2006 he formed Pineapple Squared Entertainment with David Lane, director of the two 1960s Thunderbirds movies. From 2007 Pineapple Squared has produced the innovative CGI children’s fantasy adventure show Orsum Island. Mr Mitton was reportedly very proud of Orsum Island and saw it as a culmination of his career’s experience.
He had a heart attack a week before his death was announced. His Pineapple Squared colleagues Michele Fabian-Jones and David Lane issued a joint statement saying: "David Mitton was one of the greats of children’s TV. His loss is a considerable one personally and professionally. We will miss the laughs. The blow is cushioned only by the knowledge that he goes on through the continued success of Pineapple Squared Ent and in particular of Orsum Island, about which he was so passionate."
Notify me with new activity on this notice
Enter your email address to recieve a notification for any new activity on this notice.
Register today to set up custom notification and save notice's that are important to you.
Just notify me
Register too
Are you sure you want to turn off notifications on this notice?
Stop notifications
Keep me notified
4140 visitors. Published: 29/05/2008
Want to celebrate a loved one's life?
Create your own everlasting tribute today
You can share this
notice with your friends & family
One single share can go further than you think
10 Tributes left for

David Mitton
Left by Mick Davis:
Christopher Noulton:I worked on the first two series of Thomas and always enjoyed my ...31/08/2010
Malcolm J Bubb:I have fond memories of meeting David for long lunches at hi...25/10/2008
Mick Davis:Short extract from ‘Recollections of a friendship.’T...03/07/2008
Alan Shubrook:My fond memories of David are from the 1960's, when I was f...08/06/2008
Jeremy King:In a cynical age - and an even more cynical industry - Da...07/06/2008
Angus Wright:There was no stop-frame animation in David's Thomas films....03/06/2008
Place Tribute
See all tributes
Leave a tribute for
Message
Photo
Candle
Finish
Register today to set up custom notification and save notice's that are important to you.
Just leave tribute
Register for free
Change notice background image
10 Tributes left for
Report a tribute
Leave your own tribute
Leave Tribute

I worked on the first two series of Thomas and always enjoyed my chats with David. As a young model maker I was always impressed by David's larger than life character and his ability to make you feel that you were an important part of the team. He was always a snazzy dresser... often turning up on set dressed as a ships captain or some other fancy type. A real force of nature...! Christopher Noulton

I have fond memories of meeting David for long lunches at his favourite restaurant in Battersea in the early days of Clearwater Films.
My Special Effects company Camera Effects worked very closely with Clearwater Films, with all its fantastic and extremely talented staff who produced such brilliant and creative films in those heady days of commercial making.
David was always very upbeat and encouraged everybody to strive for excellence whatever their position.
A sad loss to our industry.

Short extract from ‘Recollections of a friendship.’

There was never much that fazed him. He was best man at our wedding in Blackburn in August 1969, and in the wee small hours, post wedding reception, having caroused long and hard in a variety of pubs and clubs, my friends ‘poured out’ David and Joan back at the Witton Bank Hotel. Now in those days, especially north of Watford, hoteliers fully expected their guests to be abed no later than 11pm, and thus they found the place in darkness with the doors firmly bolted and barred. Undeterred, David located some extending ladders, found a first-floor bedroom window ajar, mounted the ladders, swung a leg over the window-sill and made his entrance. Shortly thereafter, a light came on followed by shrieks of alarm. “Ah, good evening,” said David, in soothing, mellifluous tones to a shocked young couple – as though what he was doing was the most natural thing in the world – “please don’t distress yourselves – just passing through.”

My fond memories of David are from the 1960's, when I was fortunate enough to work with him for some years as part of Derek Meddings Special Effects team at Century 21 Studios.
Whilst producing the visual effects for Thunderbirds, Captain Scarlet, Joe 90 and UFO, David was always a major force in the creative talent behind these programmes and he never ever turned his back on hard work. He became responsible for most of the pyrotechnics used on over 150 episodes and became an expert in his field.
David became a personal friend during the sixties and is now sadly missed by all those colleges who remember his unique talent.

In a cynical age - and an even more cynical industry - David showed us that sincere sentiment in film making is truly rewarding - to make and to watch. There are not many television programs that are as warm, simple and honest as Thomas - which is a bad thing.

There was no stop-frame animation in David's Thomas films. The gauge 1 model engines did indeed move in real time: but so did their eyes . Visitors to the shoot would marvel to see David creating the animation in each shot simply by the running the engines and moving their eyes in real time using a commercial radio toy controller linked to a motor mounted behind the engine's eyes in front of which was a sculpted mask which could be changed to match the mood. He delighted in showing off the file drawers in which the masks were kept as well as the human figures which, though carefully posed, were invariably static. David's talent in shooting, animating and cutting created the unique style of animated film which - twenty years on - still causes little children who meet Thomas models to want first to touch the eyes. His personal skill, ingenuity and taste are immortalised in every shot of the timeless Thomas films. His was an extraordinary talent.