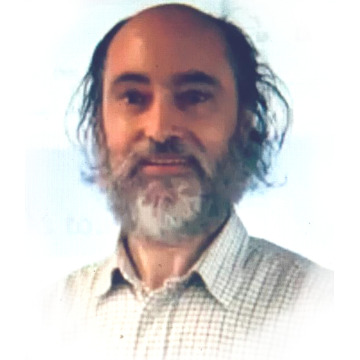 Left by funeral-notices.co.uk:
Place Tribute
See all tributes
Leave a tribute for John
Message
Photo
Candle
Finish
Register today to set up custom notification and save notice's that are important to you.
Just leave tribute
Register for free
Change notice background image
Tributes left for John
Report a tribute
Leave your own tribute
Leave Tribute
I knew John for more than ten years, first as a regular guest at our church's monthly Saturday Breakfast Club and, in more recent years, as a regular at our church's weekly community cafe. Over the years, I got to know John and spent many hours in interesting conversation with him. I considered him a friend. As well as being on the receiving end of help, he occasionally helped me with odd jobs and repairs. I found him to be a person who wanted to help others.
I found John to hold very strong opinions on a wide range of topics ranging from political to religious to scientific and especially to health matters. He evidently spent a lot of time in reading and research and attending meetings, where he gathered knowledge and current views on a range of subjects. When I first met John, I found his style of conversation rather combative, but, as I got to know him better, I got used to this, realising that it simply reflects the strength of his convictions.
I was aware that John struggled over the years with many health issues and disabilities arising from his involvement a number of years ago in a road traffic accident in which he was severely injured. This event seems to have been a defining moment in his life and resulted in, among other things, John becoming dependent on benefits such as Personal Independence Payments, which he used to pay for chiropractic and “Alexander Technique” treatment. John regarded these treatments as something of a lifeline as he has not found standard medical interventions such as analgesic medications, to be effective or helpful in managing his condition...

For a full copy of this tribute, please contact me at david.laurence.gill@gmail.com
David Gill:
Comment
Rest in peace, John, free from ill-health and the pressures of this world. We only knew you for the last few years of your life but you were a good friend who challenged my thoughts and attitudes in many ways. We are richer for havng known you. With love, Liz and Dave Trueman
Liz Trueman:
Comment