The obituary notice of Bill FAULKNER 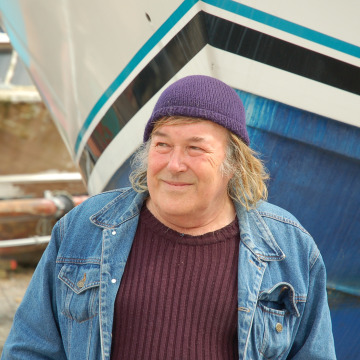 BillFAULKNERSeptember 04, 2020 Passed away peacefully at Leighton hospital aged 77 years. Bill will be sadly missed by all his loving family and many friends. Funeral service will be held at 11.30am at Widnes Crematorium on Monday 28th September. Family flowers only please, donations if desired in favour of the guide dogs for the blind. All enquiries to Moar and Butler funeral directors, 9 Dickson Street, Widnes tel 0151 424 5432
Notify me with new activity on this notice
Enter your email address to recieve a notification for any new activity on this notice.
Register today to set up custom notification and save notice's that are important to you.
Just notify me
Register too
Are you sure you want to turn off notifications on this notice?
Stop notifications
Keep me notified
534 visitors. Published: 16/09/2020
Add additional content to this notice
Memorable stories and life events
Donate in memory of
Bill
Donate Now
You can share Bill's
notice with your friends & family
One single share can go further than you think
Tributes left for Bill
Dan Cross:I knew Bill for over 35 years during my childhood and g...26/09/2020

Bill as we all knew him.
Left by Dan Cross:
John Ashton:Very sad news to hear of the death of Bill. I first met ...25/09/2020
Mike Sheils :It was only a couple of months since I last saw Bill so it...24/09/2020
Place Tribute
See all tributes
Leave a tribute for Bill
Message
Photo
Candle
Finish
Register today to set up custom notification and save notice's that are important to you.
Just leave tribute
Register for free
Change notice background image
Tributes left for Bill
Report a tribute
Leave your own tribute
Leave Tribute
I knew Bill for over 35 years during my childhood and growing up and indeed working on the River Weaver at Acton Bridge for Bill.
As a kid I used to be fascinated by Bill's ever changing collection of old boats and as a Teenager used to for for trips on the River Princess with him, Alan and others, later gaining my Boatmasters license and working for Bill while at College.
We developed a great friendship, he was a real character with fascinating background, starting off working at Burtons in Widnes, being guitarist with several local bands including "Supercharge" and setting up and running local papers.
Bill left the rat race quite young and spent many happy years doing what he wanted to do down on the river, good on him!
Res in Peace Bill.
So shocked to hear of your passing.
Dan
Dan Cross:
Comment

Bill as we all knew him.
Left by Dan Cross:
Comment
Very sad news to hear of the death of Bill.
I first met him back in the 60s when we were members of rival bands.He was a fine guitarist and vocalist and we eventually played together in a group called Vic Takes Four.
Bill was a very talented man in many ways and will be greatly missed.
John Ashton
John Ashton:
Comment
It was only a couple of months since I last saw Bill so it was a shock to find out he’d passed on. We worked together for many years at the Warrington Guardian and Bill went on to found the Widnes World. It has come full circle In that his obituary is appearing in a newspaper he founded. Bill was one of the finest and he will be missed. Condolences to his family from Mike Sheils
Mike Sheils :
Comment
Search for another notice
Search here