All notices can be shared with family and friends via social media such as Facebook and WhatsApp, at no additional cost.
Hide
Select your booking type 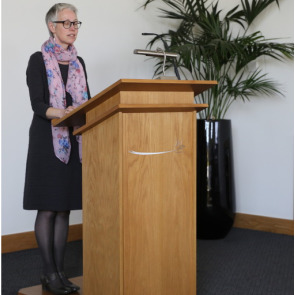 The number of non-religious funeral ceremonies is on the rise. As more people than ever before are identifying themselves as non-religious, the demand for humanist funerals increases.

For the third year in a row, the British Social Attitudes Survey has shown that the majority of British people (52%) identify as non-religious, this has been a growing trend for over a decade. In the 2001 UK census 7.7 million people identified themselves as non-religious, and by 2011, that figure had risen to 14 million.

‘Humanist funeral and memorial ceremonies are popular for a whole host of reasons,’ explains Isabel Russo, Head of Ceremonies with UK charity, Humanists UK. ‘They’re personal and unique - and fitting for anyone who didn’t have any religious beliefs.
‘Humanist funerals bring people together to express sadness at the loss but also to celebrate the life lived.
‘As humanists, we believe that this is the one life we have and that the way we live on after death is in other people’s memories.’


The tribute (eulogy) at a humanist ceremony is made up of the memories of those closest to the deceased, and it may include humorous as well as poignant anecdotes. Sometimes services are called a ‘celebration of life’, and because humanist celebrants get to know all about the person the tribute is to, people who attend humanist ceremonies often say that they leave feeling that they know more about the person than ever before.


‘We offer ceremonies which are personal and truly reflect the life of the person who has died. So, if they loved colourful outfits, live music, and song, their ceremony may reflect that too. Similarly, for lovers of nature and the outdoors, humanist ceremonies may take place at a green burial site, or family and friends may choose to hold a memorial service in their favourite garden. The possibilities are as unique as the lives lived, they are not constrained by a traditional approach.’ says Isabel.


Celebrants who are trained and accredited by Humanists UK become members of the Humanist CeremoniesTM network. They are familiar with cremation and burial procedures and can help guide mourners through the process of arranging a funeral ceremony. Most ceremonies take place at a crematorium, cemetery, or green burial site, but for memorial ceremonies where there is no casket (such as after a direct cremation), the ceremony can be held anywhere.

After the ceremony, the family and/or close friends who worked with the celebrant receive a printed copy of the ceremony. They are also invited to have the tribute saved to the Humanist Funeral Tribute Archive, an online library of tributes written and delivered by members of the Humanist CeremoniesTM network.

Once uploaded to the archive at the Bishopsgate Institute, the tribute is saved for posterity, which means it can be easily accessed by future generations, as well as by historians and genealogists. 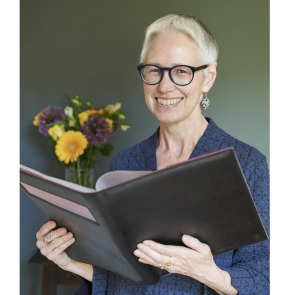 To find our more about humanist funerals, visit: humanistceremonies.org.uk/funerals.

To find a celebrant near you, visit humanistceremonies.org.uk/find-a-funeral-celebrant