Prince Phillip, The Duke of Edinburgh: Operation Forth Bridge 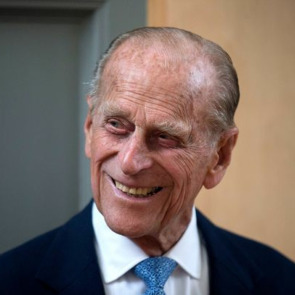 The Duke of Edinburgh, His Royal Highness Prince Philip passed away aged 99 on the morning of 9th April 2021. He was the husband of our reigning monarch, Queen Elizabeth II, and is the longest serving royal consort in British History.

To pay your respects or leave messages of support, you can visit Prince Philip’s tribute page here: https://funeral-notices.co.uk/national/death-notices/notice/dukeofedinburgh/4937526

For more on the death of Prince Philip, you can read The Mirror’s article here: https://www.mirror.co.uk/news/uk-news/breaking-prince-philip-dead-duke-13843506

What happens after Prince Philip has died?

All of the top royals are designated with a code name based on UK bridges, and on event of their passing the code name will be used to announce it internally. Prince Phillip was designated Forth Bridge, and so the proceeding after his death are known as Operation Forth Bridge.

Where will Prince Philip be buried?

The Duke of Edinburgh is entitled to a full state funeral, but it is known that his wishes were to have less fuss made of the occasion. Instead he will most likely have a military funeral conducted at Windsor Castle in St. George’s Chapel, followed by a burial at Frogmore Gardens.

Why was Prince Philip not made a King?

Historically a man who marries a British Queen was never called a King, but instead a Prince Consort. A male is only given the title of King if they directly inherit the throne and can reign as one. Presumably this dates back to the now possibly sexist idea that the title of King would be seen as grander than Queen, and this was not thought to be appropriate when it was the Queen who had inherited the throne and would be ruling.

Who will be the next Duke of Edinburgh?

Upon the death of the Duke of Edinburgh, the title reverts back to the crown and so is technically owned by the Queen. Prince Edward, the Earl of Wessex, is the next in line to inherit his grandfather’s title of Duke of Edinburgh, but as Prince Edward is the youngest of Prince Charles’s three sons it is thought that he will have to wait until Prince Charles is made King before he officially inherits the title. Prince Edward’s son, James Viscount Severn, is believed to be next in line for the title after his father.

Follow funeral-notices.co.uk on social media to see when new articles are published: