The obituary notice of CHARLOTTE COLEMAN 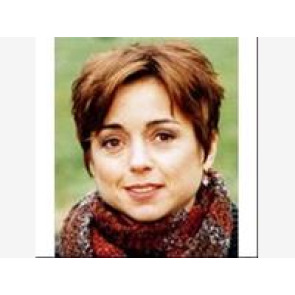 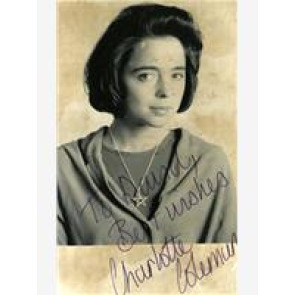 (2) Photos & Videos View all
You can share this
notice with your friends & family
One single share can go further than you think
CHARLOTTE COLEMANActress Charlotte Coleman, who died on 14 November, 2001, aged 33, was best known for playing oddball youngsters.Her finest acting moments came during the celebrated British film, Four Weddings and a Funeral, and the acclaimed TV drama Oranges Are Not The Only Fruit.She came to public’s attention in two major roles in children’s drama. She was one of the children playing opposite Jon Pertwee’s scarecrow in Worzel Gummidge, and later she played the rebellious Marmalade Atkins in Educating Marmalade.Charlotte Ninon Coleman was born to actress Ann Beech and director/producer Francis Coleman on April 4, 1968. Her sister Lisa went on to play Jude in Casualty.She went to acting school after allegedly claiming that she was “too cool” for the Brownies, with her new talent bringing early roles in BBC drama A Choice of Evils and ITV production Two People, both in 1977.Her first major role was Sue Peters in Worzel Gummidge, when she was 11, one which lasted four seasons. Teenage rebel Marmalade Atkins beckoned later, with a one-off Marmalade in Space followed by two series - Educating Marmalade and Danger - Marmalade at Work - between 1981 and 1984.She left home at 14 to live with friends.Ms Coleman used her wages from her already successful career to buy an education after being expelled from Camden High School by enrolling at Dartington Hall in Devon but made little progress thanks to its liberal attitude; she later attended cookery school.The death of her boyfriend in a road accident when she was 19 prompted her to see her parents in a new light, and ended her rebellious phase. She went on to win the key role of Jess in Oranges Are Not the Only Fruit, a controversial lesbian drama which won her a BAFTA nomination, when she was 21.A raft of good parts in stage, television and radio drama resulted in the role of Scarlett, Hugh Grant’s flatmate in Four Weddings, which brought another BAFTA nomination.The 1994 film was a huge success but instead of cashing in on her new-found worldwide fame, she developed her skills as a comic actress in The Young Poisoner’s Handbook and the sitcom How Do You Want Me?She said of How Do You Want Me that it was first time she had played someone who wasn't slightly weird or very childlike. “I’m always the kooky girl,” she once admitted.Simon Callow, her co-star in Four Weddings, who had known her before they worked together on the film, paid tribute when he said: “She always cut a striking figure - sartorially, to be sure, as a clothes-horse for the teenage chic of the moment, her nostrils sometimes be-ringed, her hair radically transformed every time you met her, but it was the intensity of her personality that caught you.“She could be wild with laughter one moment, then plunged into deep melancholy the next, her huge sleepless eyes opening up deepest chasms of feeling.”
Notify me with new activity on this notice
Enter your email address to recieve a notification for any new activity on this notice.
Register today to set up custom notification and save notice's that are important to you.
Just notify me
Register too
Are you sure you want to turn off notifications on this notice?
Stop notifications
Keep me notified
11159 visitors. Published: 14/11/2001
Add additional content to this notice
Memorable stories and life events
You can share this
notice with your friends & family
One single share can go further than you think
Tributes left for
Matt:Dearest Charlotte. We were the same age but never ...09/08/2020
Susan:May God Bless you!!! You was a wonderful talented ...24/06/2020

signed autograph to David
Left by rob sheehan:
Place Tribute
See all tributes
Leave a tribute for
Message
Photo
Candle
Finish
Register today to set up custom notification and save notice's that are important to you.
Just leave tribute
Register for free
Change notice background image
Tributes left for
Report a tribute
Leave your own tribute
Leave Tribute
Dearest Charlotte. We were the same age but never met. You were so talented and loved by many. You are often in my thoughts. Matt. x
Matt:
Comment
May God Bless you!!!
You was a wonderful talented actress...taken too soon!!!

Left by Nikki :
Nearly every charter she played , she gave birth and believable identity to mere words on a script.
having little formal training she made us feel the presents of these scripted charterers at many levels.
You gave us a little bit of yourself in all the charters you have portrayed , you are now silent IRL but
not in spirit or in mind of these who knew you and Loved you , good things never die

you had know idea how many people you affected in meaningful ways.